So it’s Friday and my wife is off work and we have a weekend together with nothing planned, so a weekend just to spend time together and enjoy each other’s company. We will sit, watch tennis, chat, laugh, watch football and walk the dogs a few times as we spend the weekend together.

Anyway this post has two reasons, one a bit of fun and the other is a bit of irony. The fun bit first. We all see the t-shirt adverts that pop up online every now and then and sometimes they have great little slogans, and I love my t-shirts. So this morning I seen one that actually resonates with this blog.

Of course I would need a second one saying ‘My story continues in the USA’. My story did start in Ireland and I am proud to be Irish, our story started in the USA and our journey spanned the Atlantic for a number of years before joining up in Atlanta and now continuing here.

On to the more ironic part of this post. Strange the things I work out. Last night while trying to sleep I figured I was close to my longest time without a job/full time college. Well it’s now 215 days, my longest was 218. Of course there was days thst were either by choice or rules stopped me but it’s funny that it is nearly the same now. Hopefully it will stop at 218 this time too or very close to it as I am near to starting employment and helping to contribute to the household and my local economy. Overall 440 days unemployed since I was 16 isn’t to bad in this day and age so I am quite proud of my work record. Now to get back to it and start earning.

One year ago, Feb 11th 2015, I was on a plane from Dublin to Atlanta via Chicago to see Leanne. Today I will give a brief over view of our story and how we got together and how our journey has reached today. We met on St Patrick’s Day (March 17th) 2001 in Savannah, GA while Leanne was there with friends for the celebrations and I was there with the Irish Air Corps Pipe Band to take part in the parade and other celebrations. We had an instant connection and had great fun together.

We kept in touch via email, remember this was before smartphones, Facebook etc so email was really our only option besides cards at Christmas and birthdays. Our friendship blossomed even with the Atlantic in the way and in 2002 I returned to Atlanta to visit Leanne for 4/5 days before a trip to Boston with the band. Over the years we remained good friends and our lives took differing paths. In Feb 2014, notice a trend here with February, My phone made a funny notification sound I didn’t recognise, it was this thing called Google Hangouts, and it was Leanne asking did it work. We had a cheap and easy way to keep in contact.

We messaged daily, we chatted via video a lot of the time too and generally just kept in touch. But we had a few serious conversations and one of them was the ‘Us’ conversation. We both knew what we wanted, we were both on the same page but we knew there was complications, namely a visa and an ocean! We decided that I would travel over to visit in February 2015 and that brings me to the title of today’s post. It really was to see if what we thought was there was really there.

As I flew across the Atlantic my mind was racing, this could be a life changing trip, what if we were wrong and more importantly, what if we were correct? What would be next? How would we get on? How much had we changed in the 13 years we hadn’t seen each other? These questions and probably a few hundred more flew around my mind.

So at approx 9 pm on February 11th 2015 I landed in Atlanta Hartsfield International Airport after a long day travelling from Dublin. I was still a bit nervous and on the way over I had met an Irish woman who had lived in Decatur for 30 years and she gave me the correction pronunciation of Decatur, I was saying it wrong all this time! As I waited on my bag to arrive I seen Leanne, she had changed and was looking stunning…as always. When we met we did have an awkward moment, hug, kiss…we didn’t know what to do but our instant chemistry that we thought was there was definitely there.

We spent a wonderful 18 days together, made our plans for the future and it was soon time to depart for Ireland. That was the hardest goodbye I have ever done, even now after leaving Ireland and coming to live here, that goodbye to Leanne last Feb 28th was the hardest. We parted as a couple who had decided to get married and live our lives together. Now it was a matter of filling in the required paperwork, getting Leanne’s Dads permission to officially ask Leanne to be my wife and wrapping up 47 years of my life in Ireland. On April 20th I made my first ever phone call to Leanne’s parents to ask their permission to marry their eldest daughter. It was my first time to talk to them and I had to be very conscious to not talk as fast as I normally do, this was an important call. Thankfully Bob and Terri were delighted and gave us their blessing to get married and continue our journey through life together.

With our paperwork for our Visa with USCIS we awaited their decision and on June 29th 2015 we got approval for our application for a K1 fiancee visa. With Leanne about to come visit Ireland in July it was perfect timing. Leanne arrived on July 22nd and the following day while visiting the Long Room Library in Trinity College I officially proposed and put an engagement ring on Leanne’s finger. A journey that had started 14 years previous as friends had taken a huge step forward.

Our wedding plans were already in motion but now we could make them certain and it was nearly time for me to pick a date to leave Ireland and move to Atlanta. November 5th was the date chosen and I had lots to do. Move out of my rented house that had been my home for 12 years, sell my car, spend as much time as I could with my son, wrap up work, say goodbye to friends and family and figure out how much stuff i could actually transport trans Atlantic. I will end this post here but i will come back to our story soon. 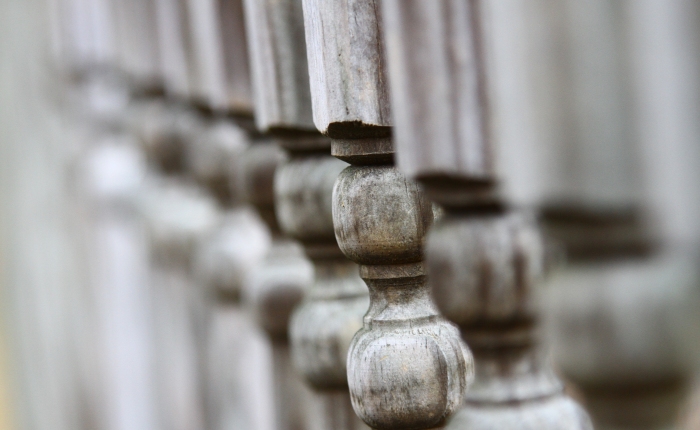 This site will become my journal. But before I begin I must fill in some back ground. Why the title?…..well I am 48 and from Inchicore in Dublin, Ireland and St Patrick’s Athletic FC were and still are my team. In November 2015 I moved to Decatur, GA to move in with and marry my sweetheart, Leanne, who hails from Michigan. She attended Michigan State, hence the Spartans are now my team here in the USA. St Pats to Spartans.

This blog will chart our journey from when we met in 2001 to the present day as well as our future together as we enjoy our lives and any challenges it brings from my perspective.

So who are we? Well I am Billy and I will be your writer and guide throughout this blog. As I have said, I am 48 and born and bred in Dublin, Ireland and have recently moved to the USA to be with Leanne. She is a Michigan born girl who moved to Atlanta a number of years ago. The blog will go through how we met, kept in touch and will bring you on our journey to our wedding and onward as we embark on our life together.

But the blog will also chart my new life in America as I embark on a whole new chapter, from learning to navigate my way through supermarkets, paperwork, re learning to drive, getting set up with a job and learning a whole new culture and way of doing things.

So please join me and us on this, Our Journey Together and America though the eyes of an Irishman