Well so far I have focused on family, both here and in Ireland, my son and Lassie. So now it’s time to introduce Bozley, my wife Leanne’s Schnoodle, a cross between a Schnauzer and a poodle. He is 6 years old so a year older than Lassie and the male dog in the house.

Leanne rescued Bozley nearly 5 years ago and he immediately stole her heart and a place in her home. Of course there was a cat here already so Bozley had a bit of change to under go. So did Mannie the Cat. Unfortunately Mannie passed away just after my visit to Atlanta in 2015 and it left Leanne heartbroken. But we are back to a 2 pet family now with Bozley and Lassie.

Lassie has long legs and Bozley has little short legs so walks with them can be interesting. Bozley is a typical small dog, he thinks he is a huge dog and barks at every other dog but always backs away if they bark back. We go on long walks but I let Lassie off her leash so she can get a run and Bozley walks nicely beside me. 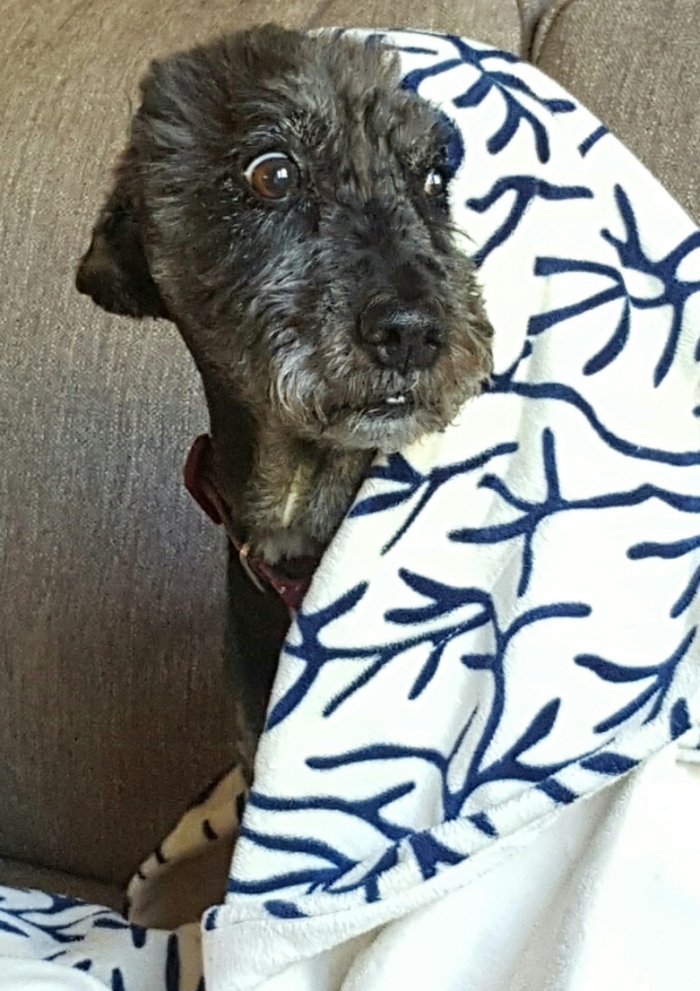 Times are going to be a bit difficult for Bozley soon as he has to have one of his back legs amputated. It is infected with a mass which acts like a cancer and to give him the best chance of a full life we made the difficult decision to go ahead with the operation next week. He already had one operation to remove a mass from the leg and the poor guy had to wear a cone for 2 weeks but he still went on his walks with Lassie.

Bozley has become as important as Lassie to me and I would be heartbroken if anything happened to either of them. Bozley loves to lie right at the top of the bed as you go to sleep and there are times when I have both dogs on the couch beside me. I wouldn’t change it or have it any other way.